They are not in a big red bus, or an air conditioned van. They’re not hailing a ride service or being led by a tour guide in khaki.

Instead, they’re making their way to tiny towns, farmers’ fields and specially constructed villages on their bicycles as participants at joberg2c. The ride, now in its 10th year, is a 900km journey over nine days, and riders have just completed day one, a tougher-than-advertised 111km ride from Heidelberg outside Johannesburg to Frankfort in the northern Free State.

Day one is a neutral stage at joberg2c, giving riders the chance to find their legs, acclimatise to the mission at hand and to simply enjoy the beauty of the surroundings. 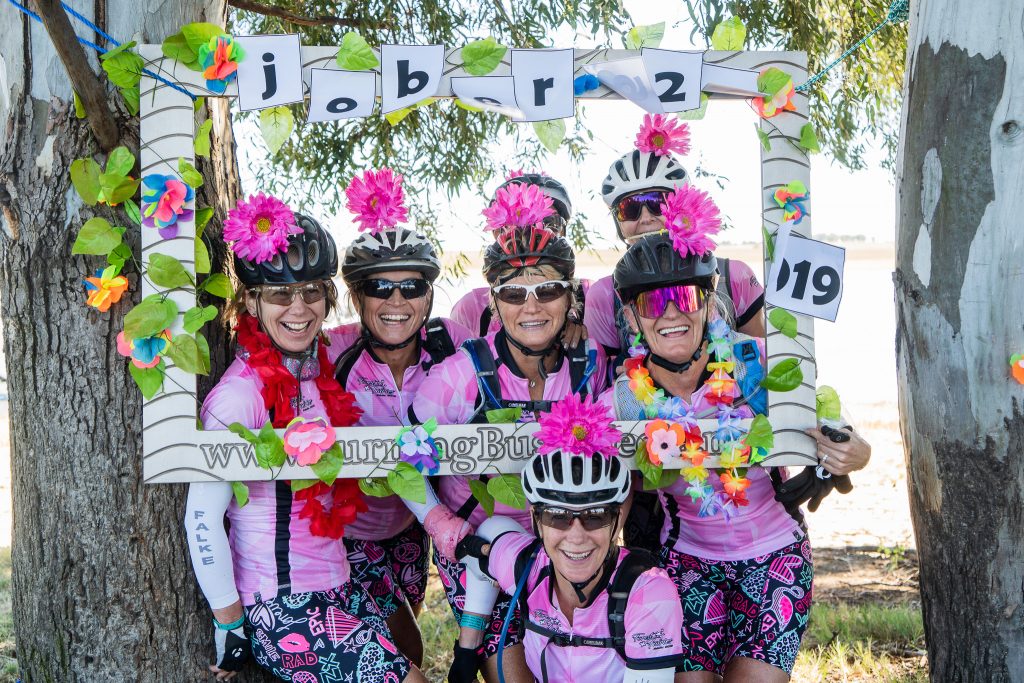 The no-race ride also allows all riders to enjoy the enthusiasm of the water points – which feature local delights like koeksisters, boerewors and poffertjies, an insane combination of delicious ingredients that remain the closely-guarded secret of the ladies at day one’s final waterpoint.

While the day is neutral and offers just 780m of climbing over the 111km, it remains a deceptively draining outing in the saddle as there is no respite from the pedaling. Every rider finished with a smile, but all commented on how much effort they put in to keep their bikes moving forward.

“Fantastic,” said Christopher from Denmark. “But a lot of hard work!”. Jorge from Spain enjoyed the wide open scenery, “So beautiful. Such a lot of pedaling. Really harder than I expected.”

Organiser Craig Wapnick says that while the ride isn’t billed as the toughest in the country, it’s still a strenuous undertaking. “We don’t want to claim to be impossible, or only for the egotistically demented who like to finish their ride in tears with blood dripping from their eyes, but we still offer riders a real challenge. From a tough day one, it only becomes more of a test of rider endurance.”

Highlights of the neutral stage always include the Vaal River boat crossing – this year complete with a new JoJo Eurosteel bike barge that ferried bikes across the river, with riders crossing in a flotilla of barges, speed boats and river ferries – and the incredible hospitality at the Frankfort race village. The evening meal is prepared by local farmers, with Karan Beef steaks sizzling over the braai to give the event’s foreign visitors a true taste of South Africa. 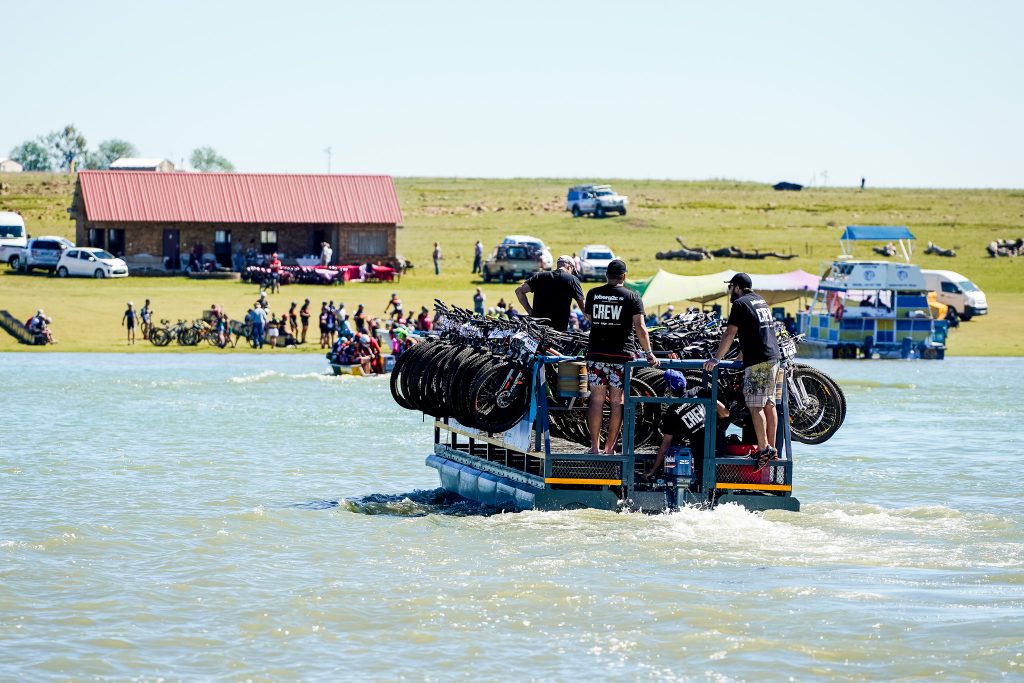 Tomorrow, Saturday 27 April, is a 93km sprint from Frankfort to Reitz, and the first day of racing. With all prize money directed to the Amabokke-bokkie Global Mixed Category (R100 000 for the first team home), the mixed teams will be charging hard from the start in the ever-present early morning mist along the Wilge river.