The caring and sharing of joberg2c

The organisers of joberg2c are very quick to point out that theirs is an event with heart and soul, that it’s a ride that gives more than it takes.

Day five of the ride, which was a 120km tour from Em’seni near Winterton to Clifton Preparatory School in Nottingham Road, was a perfect example of this unique spirit.

It began in the morning, when a panicked rider in the start pen asked the race MC if anyone in the field had a spare set of size 12 cycling shoes, his having fallen apart under the immense effort it takes to carry six beers back to a tent in cycling gear.

Stepping up to save the day – with five minutes to go before the race for day five was under way – was none other than Phil Buys, the Pyga Eurosteel man and habitual South African stage race winner.

Buys is here riding solo – though teammate Matthys Beukes is also in the field as a solo rider – and has been spotted by various participants zooming up and down the line, taking time to enjoy the atmosphere.

While there is no prize money on offer outside of the Amabokke-bokkie Global Mixed Category, it speaks to the nature of the ride (and the rider!) that Buys would quickly shoot from the start area to check on his spares for a desperate fellow rider.

Also infused with joberg2c’s compassion for others on day five was Amabokke-bokkie Global Mixed Category leader Amy McDougall. The dormakaba team of McDougall and Mike Posthumus have been rampant all week, and not just at the chocolate brownie and fudge table.

The pair are leading their category by almost two hours, so it’s perhaps not surprising that McDougall, one of the world’s smiliest athletes at the best of times, was feeling charitable on the day.

As her race partner Posthumus tells it, “We had a great day, and were flying towards the finish line. At the last single track just before the finish, I pushed Amy into the path ahead of me and at that stage we were sitting second overall for the day. Then just before the last bend – where you go right – Amy went left! The team behind us passed, and that was it.” Charity, as they say, starts 50 metres from the finish.

Not to be outdone, organiser Craig Wapnick was also feeling charitable before the day started, notifying riders that their day would be two kilometres longer than the advertised 118 (this due to rerouting after the heavy rains that hit KwaZulu-Natal a week ago). 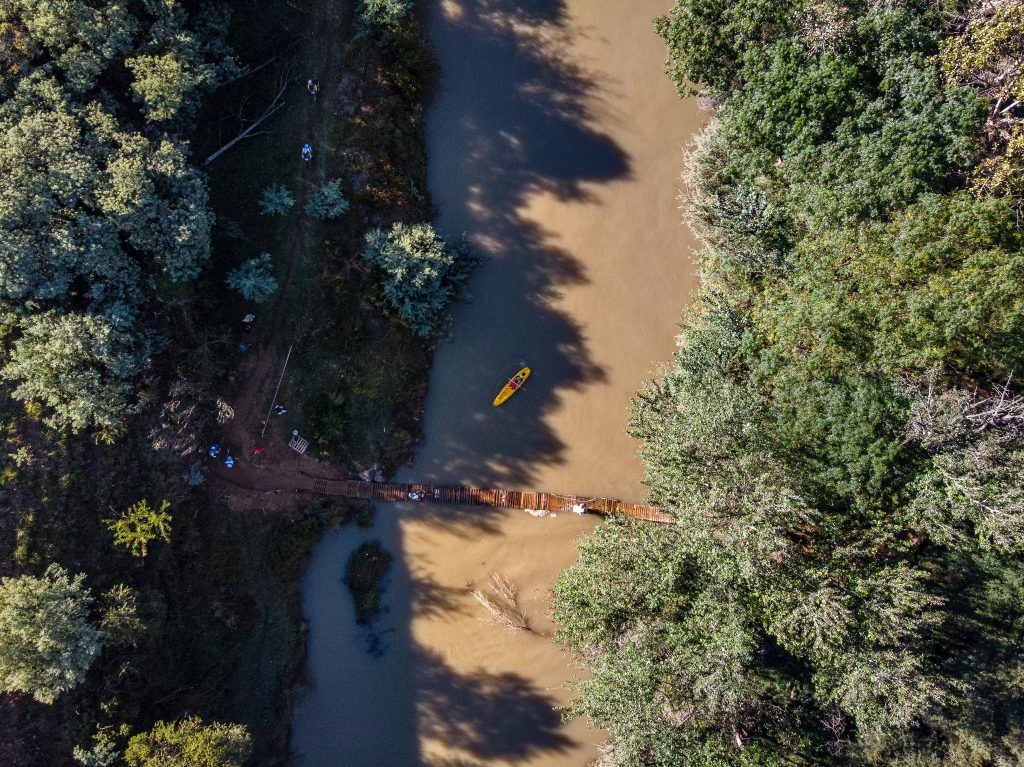 Bridge over the Little Tugela

But that’s how much they care at joberg2c. Not content with offering riders 900km over the nine days, Wapnick always tries to sneak in a few more KM – bang for your bike, really.

The real generosity of joberg2c though is ever-present on the route. Thanks to the event’s community-based model, all the towns and race villages along the way benefit from the race passing through.

Each water point or race village host is able to fund-raise around their participation, at no cost to themselves. So any profit they make goes straight into community projects. Over the 10 years of joberg2c, schools have been built, libraries erected, dilapidated buildings refurbished, and opportunities given that otherwise would not have happened.

In turn, the towns and communities go all out to show how much they appreciate the riders coming through; for instance, take this summary of one hungry rider’s day five snacks: pap, relish, sausage and eggs for breakfast. Pancakes (four), date balls (four, all homemade) and pork sausages (two) at water point one. Sausage, boterkoek and cheese and tomato sandwiches (four) at water point two. Bacon on a stick, cheese grillers, deboned ribs (six) at water point three. Two orange slices washed down with a doughnut at water point four. 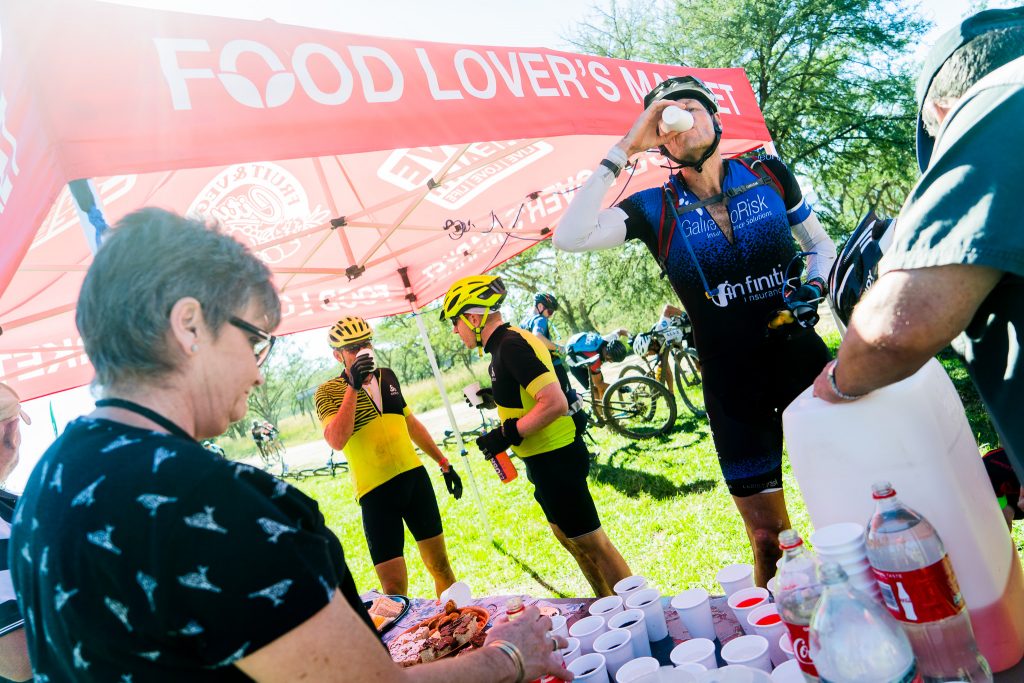 And that’s joberg2c; they give and they give, to such an extent that when you fly home you have to pay extra for your newly acquired spare tyre.