Many moods of mountain bikers at joberg2c

It’s a privilege to ride a bicycle on the joberg2c route. There are more than 200 farms crossed during the 900km event. Singletrack trails are hand-crafted for the riders. Temporary bridges are built so no one has to get their feet wet (though the heavy rains of a few weeks ago washed many away, so they’re currently being rebuilt), and routes are designed to provide participants with maximum fun.

Everything at joberg2c is created with rider enjoyment in mind, to ensure they have the best time imaginable while popping in at tiny towns like Frankfort, Reitz, Winterton and Nottingham Road. That being said, people are people, and their moods will swing – understandable when you’re cycling 900km across South Africa. 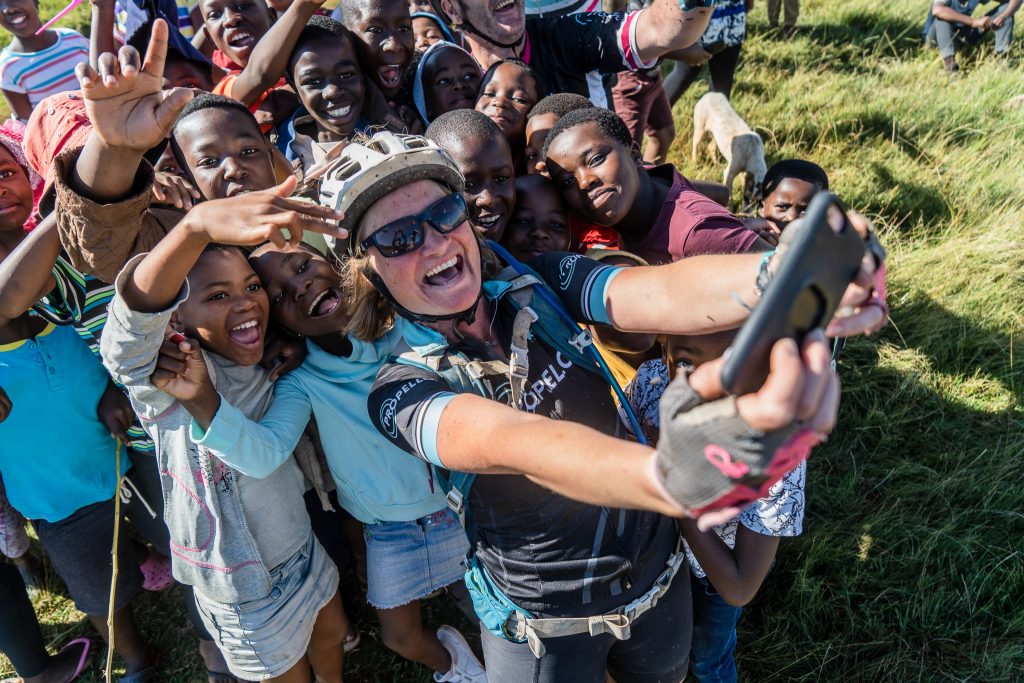 So far, after six days of riding, joberg2c mountain bikers have covered 636 of the 900km, no mean feat. And in general, the mood is good and the spirits high. In fact, the race village atmosphere, as a standard, borders on euphoric (this might have something to do with riders’ energetic use of the bar area, though).

But the joberg2c is a serious undertaking, a fun-filled adventure for sure, though not one that comes without its emotional rollercoasters. The moods, then, follow a familiar pattern every day.

First comes the excitement. This rolls over the 800-strong field at the evening rider briefing like the pleasing heat from an indoor fireplace.

Organiser Craig Wapnick, buoyed by the energy of the event and the goodwill that trails behind it, has an infectious positivity about riding bicycles through South Africa.

His briefings on what’s to come the next day are wildly incoherent – imagine the flight pattern of a bee after it’s drunk the lost drops of a discarded Coca-Cola – but his excitement to showcase South Africa to 800 riders swarms down into the dining area, leaving riders mostly befuddled at bedtime, but eager to start the next day’s challenge (even if they have no idea what’s happening).

Then comes the nervousness, with riders realising the day is long. GPS units are checked, double checked and tripled checked, route maps are pored over with intense focus, as if staring furiously at the tiny map in your hands might make the day six distance suddenly change from 97 to 77km and eliminate a few of the hills at the same time.

But then they’re off, and happiness is the overriding (if you’ll pardon the pun) emotion as 800 people realise they’re about to spend a day cycling through forests, across the world’s biggest potato farm, down a trail that features 32 switchbacks and through a plantation with a trail descent that goes on for such a distance that by the time you’re at the bottom the felled trees at the top of the forest are fully grown again. 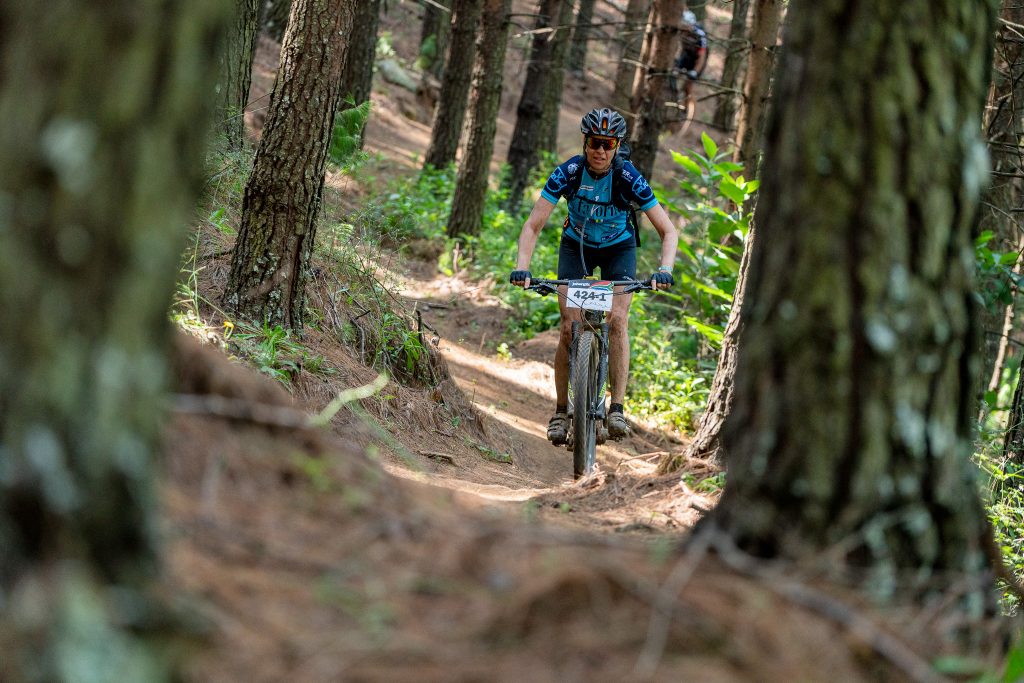 In the Amabokke-bokkie Global Mixed racing category, the emotions will be running close to ecstatic because, barring a major catastrophe, Amy McDougall and Mike Postumus (dormakaba) will be going home on Saturday R100 000 richer.

After winning again on day six (in a time of 4:16:28) they are now just under three hours ahead of nearest rivals Ben Melt Swanepoel and Yolandi Du Toit (Team Garmin) in the Amabokke-bokkie.

For the most, though, it’s happy back to despair back to happy, similar to a joberg2c route profile in fact.

And then finally to euphoria when rising agonisingly up the final grass kilometre, through the finishing arch and straight to the man who makes everyone happy – the bartender.